The show presents a variety of songs from the popular traditions of Paris, including those of the influential American songwriter, Cole Porter; hence the title C’est Magnifique!, a song from Cole Porter’s 1953 musical, Can-Can.

Tom Bekeny’s Stephane Grappelli-style swing brings a gypsy jazz color to the show, in a new twist for Twist.

French songs by Charles Trenet, Maxime LeForestier, Edith Piaf and Serge Gainsbourg round out the set list, and as ever, Lua’s humorous anecdotes provide her personalized bridge to the songs, whether you speak French or not.

Since its inception in 2007, Hadar’s band TWIST has developed a reputation for twisting the style of international standards, performing original numbers and presenting songs in different languages. Lua has charmed audiences from Yoshi’s Jazz Club to Bangkok’s Thailand Cultural Center to the Swan Bar in Paris, where, on a return engagement, she previewed C’est Magnifique! to an enthusiastic full house before bringing it to San Francisco’s Society Cabaret for its first run in November 2013.

Join us at Society Cabaret at the Hotel Rex Union Square, San Francisco to celebrate Bastille Day as Lua Hadar with Twist returns to present C’est Magnifique!. Parking is available at the Sutter-Stockton garage. Seating begins at 7pm for the 8pm show. A full bar and delicious menu are available at tables during the show, for a real cabaret experience. 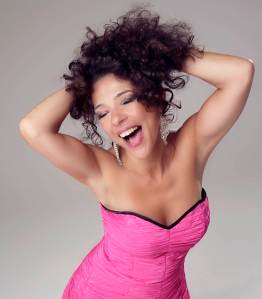 See video below from our November 2013 debut of “C’est Magnifique!” at San Francisco’s Society Cabaret. The July 12 show features the jazz violin of Tom Bekeny instead of the jazz accordion of David Miotke, for some swinging new twists.

LUA HADAR BIO Lua Hadar is a multi-lingual vocalist and actor, a teaching artist and an independent producer. She has a lifelong commitment to cultural exchange and has been inspired by collaborations in Bali, France, Italy, Japan, Russia, Switzerland and Thailand. The mission of her band, Twist, is to give audiences a sense of their common humanity. Lua has performed as a singer and actor since her New York childhood. Graduating summa cum laude with a B.A. in Theatre Performance, Lua attended the celebrated Neighborhood Playhouse School of the Theatre and The Dalcroze School of Music, also studying with Metropolitan Opera coach, Joan Dornemann. She also holds teaching credentials and an M.A. in Education. Lua Hadar sings her own brand of cosmopolitan jazz influenced by pop, funk, folk, Latin and international cabaret. Instantly accessible and truly exotic, she has been molded by diverse international experiences. Her fascination with world cultures is reflected in the sophisticated song choices for her band, Twist. Hadar has charmed audiences from New York's Iridium Jazz Club to Bangkok's Thailand Cultural Center to the Swan Bar in Paris. She has performed numerous times at San Francisco's legendary Fairmont Hotel, as well as The Plush Room, The Rrazz Room, Jazz at Pearl's, Society Cabaret at Hotel Rex, Yoshi's Jazz Club and Feinstein's at the Nikko. In addition to the Iridium, New York audiences have welcomed her home at Somethin' Jazz Club and the Cornelia Street Café in Greenwich Village. Lua performed in Italy, Spain, Switzerland, and North America during her 5-year residency as an actor and singer with two Italian theater companies. She has been an Italophile since she can remember, living in Italy several years while touring as a performer, becoming fluent in the language and falling in love with all things Italian. Hadar delivers Master Classes in interpretation and style on The Great American Songbook, part of her heritage as a native New Yorker and daughter of a musician. Her San Francisco-based Studio NPG has offered professional development for performing artists and salon concerts and events for the community, featuring teaching artists such as Broadway-TV-film star, Faith Prince, among others. OFFICIAL WEBSITE http://luahadar.com Facebook https://www.facebook.com/Lua.Hadar.with.TWIST Twitter @luahadar Youtube http://www.youtube.com/luahadar Like A Bridge Website and Blog: likeabridge.net Lua’s Voyager Project https://luahadarvoyager.wordpress.com iTunes http://itunes.apple.com/us/album/siboney/id285051379?i=285051809&ign-mpt=uo=6
View all posts by luahadar →
This entry was posted in Uncategorized. Bookmark the permalink.